11 Unique Safari Experiences around the World

An African safari is one of the greatest trips of all time. But for those for whom the continent is a bit out of reach, those who have exhausted its many thrilling destinations, or those simply seeking something unusual, there is life beyond Africa—literally. Here, 11 opportunities to safari beyond Africa.

This rugged Asian island is incredibly biodiverse. Thick jungles and wild rivers are alive with an array of wildlife, such as proboscis and silvered leaf monkeys, wild boar, and macaques in Bako National Park to rescued orangutans in Sandakan. The most exotic and exciting animal spotting may be the vulnerable clouded leopard, which lives alongside gibbons and mouse deer in the dense Danum Valley. 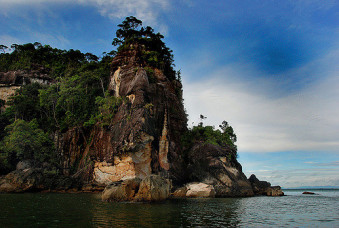 Comical orangutans—aka “man of the forest” in Indonesian—are the main event on the Indonesian island of Sumatra, where wild specimens have been observed using natural elements as tools.  Have some up-close-and-personal experiences with the primates, which are rarer than Borneo’s species and critically endangered.

It’s petite compared to India, but Sri Lanka is an island bursting with amazing life. Chief among them: leopards, which live primarily in Yala National Park. Staying at luxury safari “camps” like Chena Huts and Cinnamon Wild is one way to experience its wonders, which also include tiny-eared Asian elephants, crocodiles, and hundreds of bird species. Tour Bundala National Park, famous for its concentration of waterbirds, and tropical rain forest Sinharaja.

A visit to Ranthambore National Park is non-negotiable for big cat lovers: It has a growing population of the ever-alluring Bengal tigers. (Crocs, leopards, sloth bears, and langur monkeys are also known inhabitants, amid runs and lakes.) Experience the UNESCO-listed Kaziranga National Park in Assam, which boasts not only the world’s highest density of Bengals but also spectacles like wild Asiatic water buffalo, Ganges river dolphins, and two-thirds of the world’s  one-horned rhinoceroses.

Many of the majestic creatures you imagine—or have seen—in Africa are in fact wandering around in full view on a small island in the Philippines. Weird, yes. But true. Thanks to a quirky call by a former president in the ’70s, giraffes, zebras, and several types of antelopes were brought by boat to live and roam—among native Calamian deer—in the 9,000-acre Calauit Safari Park on an island near Palawan, known as one of the world’s most beautiful isles. Nearby hotels can help make arrangements for the journey.

The Indian Ocean island of Mauritius has wonders both on land and underwater. At Casela Nature Park, visitors can take a walk with lions. Meanwhile, Blue Safari takes guests in an intimate submarine—a different sort of safari vehicle—to view wildly exotic fish (think zebrafish, eels), corals, dolphins, and a shipwreck some 115 feet deep.

No, camels aren’t the only animal in Dubai’s desert—the stark expanse features hearty creatures that have managed to survive harsh conditions, including Arabian gazelles, lizards, and Arabian red foxes. The dramatically straight-horned native oryx can also be found, along with falcons. Some luxury tours include both a guided safari in a vintage Land Rover and a lesson and interactive experience with the lauded birds, which have been key to the Bedouin lifestyle for centuries.

Australia is a massive country with many tempting draws—one of which is an outback adventure starring giant crocodiles and native birds. You can have this experience on a cruise through Geikie Gorge of the Kimberley region (finishing with a sunset Victoria, in Broome). In other parts of the country (in Victoria, for one), Aussie favorites koalas and kangaroos hang out in the wild, the latter in droves around the One&Only Wolgan Valley in the Blue Mountains.

It’s hard to imagine an animal that sounds more fantastical than a pink dolphin, but they are in fact real—in the Amazon, which Delfin adeptly cruises in a luxury craft. These trips traverse the Pacaya Samiria National Reserve, a vast protected flooded forest with extensive biodiversity. Night safaris reveal black caimans, bats, and frogs, while daytime is when you can birdwatch, pet baby manatees, and actually hop into the water and swim near those magically colored dolphins. 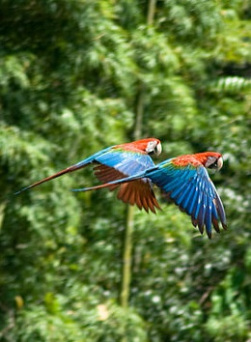 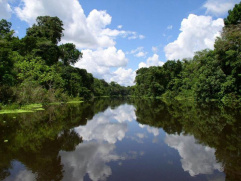 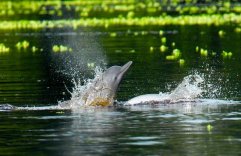 South America is a very different world from much of Africa—instead of savannas and bush there are tropical forest and jungle where rare and lesser-known creatures thrive. Land-based safaris into these barely trafficked regions may include sightings of caimans, Brazilian tapirs, maned wolves, capybaras, marmosets, giant river otters, masked titi monkeys, and, of course, the elusive jaguar, whose rosette patterned fur differs from a leopard’s because of spots in the center.

It doesn’t get much more wild than Alaska, where not only is the raw natural beauty worth experiencing, but there are also animals aplenty. Grizzlies, moose, caribou, horned Dall sheep, wolves, and bald eagles are some of the species Zegrahm’s national parks tour searches for, along with aquatic animals like sea lions, walrus, sea otters, and coastal brown bears (they forage on tidal flats in Katmai National Park). 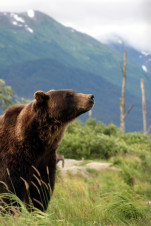 Contact us today to start building your dream vacation today!

The First-Timer’s Guide to Safari

Where in the World is Bella - Part 5